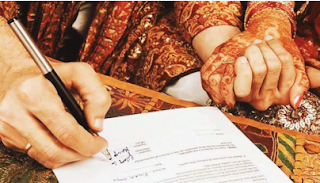 Ghaziabad, April 14: A groom and seven of his relatives and friends were arrested by Ghaziabad police for violating lockdown imposed due to coronavirus outbreak across the country.
The incident happened in Muradnagar police station area.
Talking to IANS, District police spokesman on Monday night said on the intervening night of April 12-13, the police stopped two cars on Ravali Road National Highway-58. The people in the car told the police that they were taking the groom to Meerut for marriage.
They were arrested after they failed to produce the documents related to the marriage.
According to SSP Ghaziabad Kalanidhi Naithani, “During interrogation, the accused told that they thought that the police would not be found on the road at night. Therefore, they would reach Meerut comfortably. They had planned to return from Meerut also at the night.”
–IANS