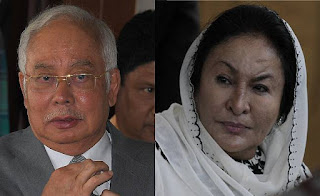 KUALA LUMPUR: For the first time, Malaysia is seeing former prime minister Datuk Seri Najib Razak and his wife Datin Seri Rosmah Mansor simultaneously standing trial at the High Courts here, with each facing criminal charges of their own.
Monday (Feb 3) is the first day of hearing for Rosmah, 69, who is accused of three counts of graft amounting to hundreds of millions of ringgit involving a solar hybrid project in Sarawak.
She allegedly solicited for herself a RM187.5mil bribe from Jepak Holdings Sdn Bhd managing director Saidi Abang Samsudin, through her former aide Datuk Rizal Mansor.
The money was a reward for helping Jepak Holdings obtain a project, through direct negotiations with the Education Ministry, for installing solar hybrid systems and the maintenance and operation of diesel generators for 369 rural schools in Sarawak.
The project, known as “Project Bersepadu Sistem Solar Photovoltaic (PV) Hibrid”, was valued at RM1.25bil, and RM187.5mil is 15% of that amount.
For the second charge, she was accused of receiving RM1.5mil from Saidi as a reward for assisting Jepak Holdings obtain the same project.
Rosmah was charged again for allegedly receiving a bribe of RM5mil from Saidi through Rizal, for the same purpose.
Two witnesses are expected to take the stand before High Court judge Justice Mohamed Zaini Mazlan for Rosmah's hearing, which will commence at 2pm.
She was initially set to stand trial together with Rizal, who was accused of abetting her.
However, in a surprising turn of events, Rizal was acquitted after the prosecution withdrew all four charges against him on Jan 8.
Meanwhile, Najib's SRC International Sdn Bhd trial resumes. He is still on the stand for his defence.
The 67-year-old Pekan MP is facing seven charges – three for criminal breach of trust, one for abuse of power and three for money laundering involving SRC International funds totalling RM42mil.

bookc.tech is a tutorials site for beginners and NEWS
Label: NEWS