How to Install django on windows - BOOKC -->

How to Install django on windows

Django is an open source web application framework which is written in python. Here we need to know that what is web framework? A web framework is a set of components that helps you to develop websites in a fast manner.


How to install django on windows environment:

1-First of all downloads the latest version of django Download Django., and Python. The downloaded file (django) could be in zip file. After downloading this file extract the folder and go to following path: 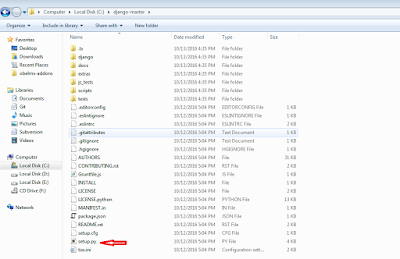 In the above screen shot we are in our downloaded django folder and this folder have a "setup.py" file which is to be needed to install for installing django.

>> And hit enter to install setup. 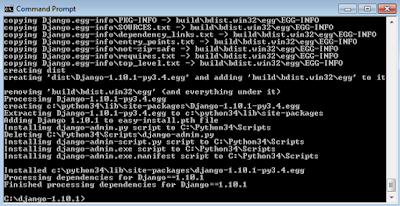 >> How to check if I installed django well, to do this run the following commend in python power shell.
>> import django
>> django.VERSION